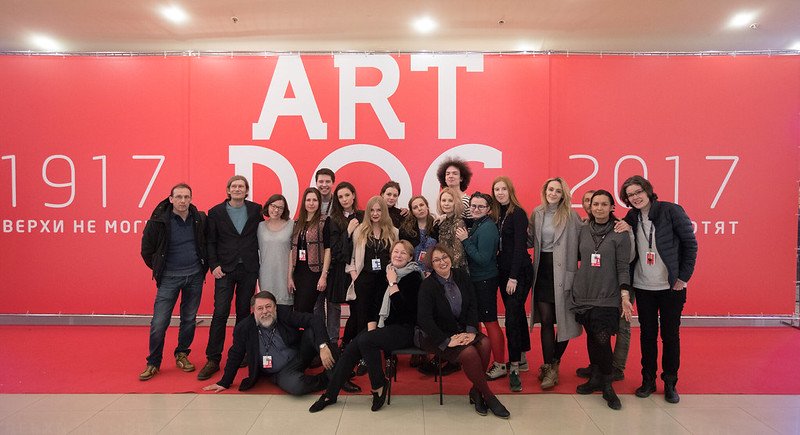 The first Documentary Film Festival Artdocfest was held in Moscow in 2007 in the Khudozhestvenny cinema. It was organized by the direction of the non-fiction films National Award Laurel Branch (ANO Laurel Award) and Vitaly Mansky, who led the review. The festival was created to support and promote films which participated in the nominations for Best Authorial Documentary and Best Debut of the exclusive professional competition Laurel Branch.

The first competition program included such well-known films as Herbarium by Natalia Meshchaninova, My Class by Ekaterina Eremenko, Mother by Pavel Kostomarov and Antoine Katin, Artel by Sergey Loznitsa, Far Away from London by Yulia Kiseleva. The first jury (Dmitry Bykov, Aidan Salakhova, and Boris Yukhananov) gave the Grand Prix award to the It's Not Scary film by Svetlana Fedorova. The festival instantly became popular, and more than 10 000 viewers were gathering in the Khudozhestvenny cinema. For most of them, the festival was the only chance to see not only Russian documentaries but also the best films from foreign festivals. In the early years, as part of out-of-competition programs, winners of IDFA and the Leipzig IFF were shown, as well as films from several other countries like Germany, the Czech Republic, and others.

Until 2013, Khudozhestvenny remained home to Artdocfest, where were held not only film screenings and discussions but also the first pitching for authors of non-fiction films in the country. Over the years, the number of films in the festival programs and the number of viewers increased, and Artdocfest screenings and events became crowded in the oldest cinema in Moscow. During political protests in winter 2011, many new viewers came to the festival in search of freedom. Khudozhestvenny cinema was closed for reconstruction in January 2014 immediately after the VII festival and still is closed for construction. In December of 2014, Artdocfest moved to the Gorizont and Fitil cinemas. By that time, it became the largest documentary film festival in Russia with the greatest number of films, world and Russian premieres, screenings, and the scope of the professional program.

According to the results of the professional rating, the festival took first place among all Russian festivals for several years in a row and twice received the White Elephant National Award as the main event of the year. The festival also received prizes in Italy at the Trieste Film Festival and in other countries.

After the start of Russia's aggressive actions against Ukraine in 2014, Russian government agencies began to pressure the festival and its leader. Afterward, the Minister of Culture Vladimir Medinsky prohibited any state support for all projects related to the festival.

In the following years, pressure on the partners of the festival continued. The Ministry of Culture, high-profile officials and parliamentarians sued the festival on formal grounds in Russia. State mass-media and the leading television channels organized harassment campaigns against the festival. Pickets were held at festival platforms, including attacks on auditoriums, causing health risks to the viewers.

In 2014, the festival director Vitaly Mansky moved to Latvia, where in cooperation with the Riga International Film Festival Riga IFF, presented the Artdocfest documentary program. With continued pressure on the festival in Russia, censorship, and administrative obstacles to the free screenings of the most outstanding documentary films, the Artdocfest increased its activity in Riga.

In 2018, the complete competition program of Artdocfest was transferred to Riga, and the jury started to work in Latvia as well.

In 2019, the winners of the festival were announced already in Riga. In 2016 the official residence of Artdocfest in Moscow was the Karo 11 October cinema and Angleterre in St. Petersburg.

In 2020 Riga International Documentary Film Festival Artdocfest/Riga was created in Latvia. The festival in Riga is a joint project of the Latvian direction of Artdocfest, Biedrība Artdoc Fest & Media, and the leaders of the documentary film industry in the Baltic States. The Artdocfest program has become one of two competitions in the new film festival. The second competition program is Baltic Focus. More details in the IDFF regulation Artdocfest/Riga. Within the framework of IDFF Artdocfest/Riga will be renewed the famous Riga Documentary Film Symposium.

Since 2017, Artdocfest in Riga, in cooperation with BSD, has been conducting pitching of independent projects from the countries of the former USSR. Many professional panels and special events are also held in Riga. The festival management organizes offsite sessions in other countries.

In 2017, the Latvian festival direction opened the most extensive online platform in the world to legally watch documentaries, created after the collapse of the USSR. Online cinema library of the Artdoc.Media includes a catalog with information and a search system for several thousand films.

The festival is managed by the Latvian Artdoc Fest & Media Foundation.

The information will be published here soon.