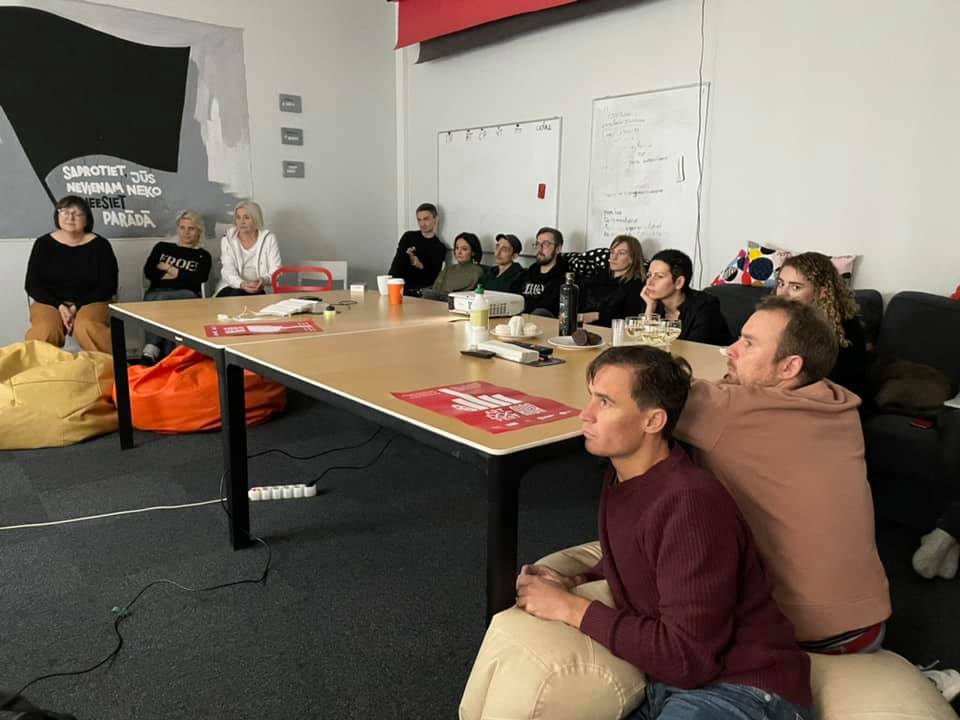 The final screening of the International Documentary Film Festival IDFF Artdocfest/Riga was held in the editorial office of Meduza, which has been working in its Riga office for the last few days.

Due to epidemiological restrictions, the festival is organized "with home delivery": the festival organizers physically deliver films to the viewer or a limited group of "one bubble/one household" viewers. There were screenings on a farm, in a women's prison, in large families and in creative and youth organizations.

The final screening of the festival on May 3 was held at the Riga office of the Russian online media outlet Meduza, which found itself in a difficult situation due to the inclusion of the Russian authorities in the register of foreign agents. The journalists watched the film from the Baltic Focus competition program.

As previously reported, the broadcast of the closing ceremony of the IDFF Artdocfest/Riga festival will be shown on May 3 at 22:00 on the Current Time TV channel and on the channel's Youtube page.